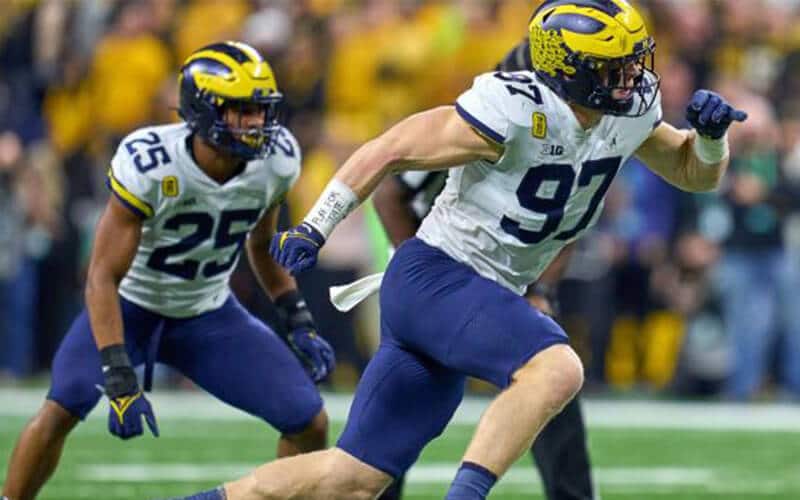 Why Would an NFL Mock Draft Be of Importance to a Sports Betting Agent?

So many things to do, so little time… so why would it be of importance for a sports betting agent to stick their hands into the NFL Mock Draft cake pan?

First of all, Sports Betting Agents such as you might want –and need– to offer options galore in order to satisfy your customer base, to construct a base that’s happy with their provider. That’s basically a no-brainer. And it turns out that one of those favorite options is mind-playing with the players at hand regarding an upcoming NFL Draft: Mock Draft.

True, it’s just a simulation of real player trading. Anyone can participate and compete, and it frees that couch-surfing feeling you get pent up when you’re watching the players do their thing. But –and here’s the real crux of the matter– it’s not only a tactical game with a lot of popularity, but a tool journalists, commentators, and sports analysts use widely to try to get a feel of the true undertow. This simulation before the great event is a great way to check strategies, train, and evaluate trades and players, especially their profitability. Who knew?

One of the main reasons this simulation attracts a lot of attention is that anyone can participate and compete. Some mockers have even proven their predictions to be especially spot-on, among the myriad of unrealistic expectations and wishful-thinking options generated by the couch-surfers. These mockers are the ones at whom NFL clubs have their crosshairs directed.

Oh, yes, it’s a touchy subject, but it seems NFL clubs are paying more attention to the mock drafts than they are actually willing to admit. These “trial” drafts are a great way of collecting the public opinion, to question the public without posing the question, and it helps them prepare for the real draft event and project future trades. The public is considered a great tool to find out how players are faring. The mock draft can be construed as a sort of categorizing activity, in which you “sort of” vote, for the best features in players.

Since the NFL never takes a timeout, but just keeps on pushing through like a bulldozer (goodbye, recently-passed event, hello new one), the NFL is a great project that is always transforming, never quite the same; take, for instance, the massive trades and free-agent signings that have transmuted the NFL’s face to be almost unrecognizable in regards to a few weeks before. Former Texans quarterback Deshaun Watson will be playing for the Cleveland Browns, for instance. Or you might remember the shocking trade involving Brady, after years of battling it out with his New England Patriots. In fact, so much change has taken place in the past weeks, that if Pay Per Head agents were to have read an NFL Mock Draft dated a little before these trades and signings, they would be wondering right now if the mock-prognosticator had been in their right mind to venture those selections. So, to be more specific, the Mock Draft takes the pulse of the moment at hand, and all this is happening in the Offseason.

Yes, the NFL never takes a breather, and it seems everyone needs to use all the perks even the Offseason offers, especially in regards to payperhead providers.

The Offseason as a Wallet-Filler

How can bookies make money in the Offseason? Well, for one, by choosing a Bookie Software Agent or PPH provider that offers to bet on the NFL Draft, be it props or any other way to engage bookie customers into betting on the draft, you name it, since every year players call their agents to lay down money on the NFL Draft, and that’s a fact. Bookies who accept these such wagers can make a juicy profit just because it’s so enticing to be challenged in regards to how an NFL club will react in the draft (and here is where mock drafts play a huge part.) Just remember where you saw it first *wink*

So, remember to check ABCPPH, for a bookie software agent that’s got your back, and your needs, covered. And that’s no horse-play, just horse-sense.